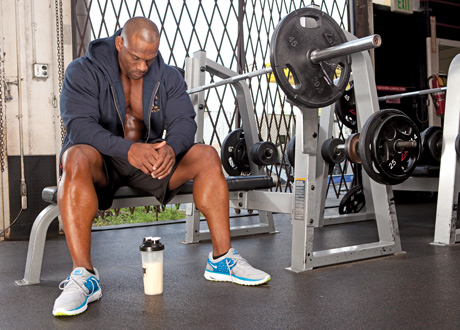 “If you’re working out in front of a mirror and watching your muscles grow, your ego has reached a point where it is now eating itself. That’s why I believe there should be a psychiatrist at every health club, so that when they see you doing this, they will take you away for a little chat.” – Lewis Black 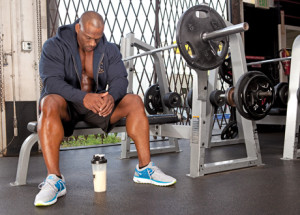 Generally speaking, most people don’t have a true understanding of the training that is required for developing great looking muscles.

I was one of these people. I had no idea what I was doing when I started doing workouts during my college years. I simply did what my friends did, since they had more experience in weightlifting and I thought they knew what to do. And so I ended up using the same workout regimen that about 90% of the other guys in the gym were using. I didn’t think there was a problem with that, and I believed that these were the correct workout routines to build muscle. To be honest, these workouts weren’t the worst, but they did have one major flaw. There was no sense of direction evident in any part of the workout. It was like taking a long road trip without a map, and hoping that I’d get to my destination by aiming the car in the right direction.

I was so absorbed in boosting my exercise numbers that I gave no thought to the way I was doing my lifts.

Nearly 100% of the time, I did each exercise in three sets of ten repetitions each. Why did I do that? Simple. Everybody else was doing it that way, and there was no one to tell me anything different. And then as soon as I could handle doing ten reps at one weight, I’d raise the weight level. This did me some good, I suppose, because in a sense my workouts were advancing to a higher level. But still, all of my focus was on lifting more and more weight. In no time it was really just a numbers game, played by my friends and me in some never-ending one-upsmanship. After all that work, I can say that even though I never got really defined I put on a lot of muscle, but it was a gradual process.

And now I know why I never got ripped but instead gained a lot of soft, undefined muscle: that’s exactly the effect that the 3×10 workout is designed to create. I know now that I should have concentrated more on lower reps, like the 5×5 routine that I do now, in order to get hard, defined muscles. You can build muscle mass with a high rep routine, but you have to give yourself limited time to rest in between in order to induce what’s known as cumulative fatigue. There’s no better way to build muscle mass fast, but you can only do this technique by using lower weight. This is something that I learned from the muscle-building course created by Rusty Moore. The thing is my ego stopped me from lifting the lighter weights that would have been good for me, so I never had the chance to benefit from this approach. As a result, it took a lot longer for my muscle mass to build, and I hit plateaus frequently.

Another theory I bought into back then was the need to take plenty of rest between sets.

I used to do my workouts with a friend, and on the days that we were concentrating on chest muscles, we always did our regular routine on the bench press. He spotted me while I did my set. Then I took a couple minutes rest to sit and talk. After that, I spotted him for his set. It’s easy to see where this ended up. Most days, I would take from five to seven minutes rest between sets. My ego was in charge every time. Actually, I did know that it was taking us a ridiculous amount of time to finish our chest workout, but my thinking was that if I didn’t get the proper amount of rest between sets, my numbers would tank.

When you take too long to rest between sets, a couple of problems will emerge. First, you’ll discover that your workouts are taking far longer than is necessary. There were times when I spent more than an hour in the gym, and I didn’t walk away feeling at all tired. Second, taking too much rest in between sets can cause you to lose or limit the amount of cardiovascular benefit that you are aiming for in your workout. Now, my weight training sessions include really intense circuit workouts, which give me the opportunity to burn off fat and develop muscle all in the same session. This is impossible if you’re spending most of your gym time goofing around. A good rule of thumb is that the only time you should rest between sets is when you’re doing training in the low rep range, so that you can harden muscles rather than build up muscle mass. And I still think that more than a couple of minutes of rest for this type of workout is too long.

The last thing that stopped me from attaining the workout results I wanted centered more on my workout habits than the training routine that I was following.

For one thing, I always had something to eat, both before and after my workouts. The conventional wisdom about eating and workouts made sense to me, so I ate a couple of hours prior to a workout to give myself the energy I needed to get through, and then immediately after I was finished I hurried off to eat huge amounts of protein, to keep my muscles from disintegrating. Putting some of those daily meals together, the large amount of protein combined with the overload of carbs turned into a whopping 2,000-calorie intake, which is ridiculous. But at the time, I believed that “feeding my muscles” was the best thing I could do for my body. Yes, I know, it was crazy!

But now I take a different approach. I believe that focusing solely on muscle gain isn’t going to help you get the lean, defined look that so many people want. It’s also important for you to focus on losing fat. I fast before I start my workouts now, which forces my body to burn up fat father than food for energy. If you have the same goal, my advice is to eat nothing for up to four hours before a workout. It’s important to note that my energy levels don’t drop at all when I’m working out. And after I’m finished with my workout, I don’t eat for at least two hours, in order to maximize the amount of fat that gets burned off in the course of post-exercise oxygen consumption. Many people know this common effect as “afterburn,” which is more noticeable following high-intensity workouts. This is another reason I don’t advocate a lengthy, leisurely workout session but rather a brief, intense circuit training workout, which is even more effective when followed by high-intensity interval training cardio.

Now that I understand how to properly train to get the type of lean, athletic build I want, I can tell you which factors are necessary to give you the desired result: the proper number of repetitions, rest between sets, and not eating before and after workouts.

So what happened to allow me to train like a robot in the past?

Quite honestly, I didn’t know there was any other way. But a few years later, everything has changed. I have made drastic changes to my approach, and the results have followed. Of course, I probably had more muscle mass in my college days, but now I look a lot better because my muscle density is evident, thanks to the low rep training. I’ve also worked to maximize the fat-burning process during workouts. As a result, my body fat is lower, and I have a much more defined look. The overstuffed bodybuilder look is easy to achieve – just do what the meatheads do and eat a lot. However, I think that most people would prefer to have the lean and toned movie star look. This is what will happen as a result of strategic muscle gains coupled with a low body fat percentage. And to look like this, you have to rethink the conventional wisdom that you hear, learn the proper workout routines to build muscle, and prevent your ego from standing in the way of your success!