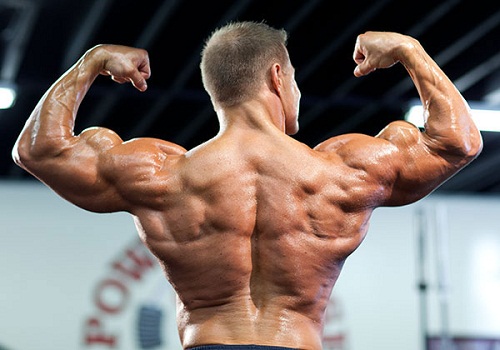 One study that used Rhesus monkeys found that soy proteins had no effects on the reproductive hormones of these animals.

About a week ago, I decided I would supplement with a Soy Protein Isolate, but then was warned by many people of the possible side effects. I was very skeptical of the fact that Soy would raise estrogen levels in males, so I decided I would research the subject. 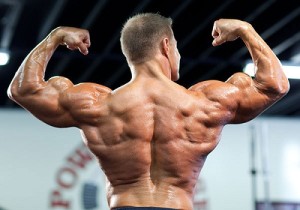 First I will give you all of the potential side effects associated with Soy. One of the main reasons why bodybuilders will tend to stay away from Soy, is its low Biological Value (BV) of 74, but that can be used to your advantage which I will get more in depth into later. One reason soy is so low on the BV scale is because it is lacking in the sulfur containing amino acid methionine. This sulfur containing amino acid is particularly important for protein synthesis/growth, proper immune system function, and the body’s production of glutathione (GSH). In particular, GSH is also partly responsible for keeping low density lipoproteins (LDL), the bad cholesterol, from oxidizing and clogging our arteries.

Several studies have shown soy protein to be inferior to whey for the production of GSH and improvements in immunity. In one study, rats fed soy protein that was not fortified with methionine as 13% of total calories, had a sizable increase in LDL cholesterol. These rats were found to have low levels of GSH and did not grow as well as another groups of rats fed higher BV proteins. One of the main concerns that I has with Soy was the fact that it contains “anti-nutrients” that block the digestion and absorption of many nutrients. The main “anti-nutrients” found in Soy are Lectins and Protease Inhibitors. Lectins have been proven to cause a wide range of problems, one of the more serious ones being intestinal damage. Protease is very important to the bodybuilder. Protease is an enzymes that assists in the digestion of proteins. A Protease Inhibitor obviously interferes with Protease, but also with other digestive enzymes trypsin and chymotrypsin. Finally, soy contains many estrogenic compounds such as genistein and diadzein. Any bodybuilder knows that an increase in estrogen levels is never good. Increased water retention, elevated body fat levels, and gyno are never very impressive to a judge, nor to any person looking at you.

I know by now you are probably throwing out all the vegetables in your refrigerator, but wait, there is an upside. All the “anti-nutrients” found in Soy, are not found in Soy Protein Isolate supplements. The are removed by the manufacturer. Another added benefit that the manufacturers add to Soy Protein Isolate is the addition of methionine. The addition of methionine greatly increases the BV of the Soy. Studies have shown that Soy Protein fortified with methionine is actually more effect in building muscle than Casein protein.

As I said earlier in this article, Soy Protein Isolate may increase LDL cholesterol. This is derived from the removal of the estrogenic compounds, which has LDL lowering effects. However, Soy has many other ways of lowering LDL cholesterol (i.e. isoflavones, endocrine effects, fiber, saponins, etc.) So it actually lowers LDL cholesterol in humans, unlike earlier in the article as it was tested on rats. In addition to soy proteins ability to reduce cholesterol, recent studies also suggest soy can reduce and even prevent certain forms of cancer!

Now to address the myth that Soy may lower testosterone levels in males. One study that used Rhesus monkeys found that soy proteins had no effects on the reproductive hormones of these animals. Testosterone, DHEAS, sex hormone binding globulin (SHBG), testicular weight, prostatic weight, and other measurements were taken. They found no difference in hormonal changes between male animals who were given Soy and Egg protein.

Now, the next statement should catch the attention of all the bodybuilders with very slow metabolisms, such as myself. Soy Protein Isolate has been proven to raise thyroid output in humans. The intake of various high quality proteins has been associated with higher levels of thyroid hormone, but soy appears to have thyroid hormone raising abilities unique to that of other proteins. While this is still being researched, and is not known for sure, Soy Protein Isolate may increase output of the T4 hormone. This is the hormone that declines greatly after being on a reduced calorie diet for a while.

I’m sure many of you are wondering how you can incorporate Soy protein into your diet. What I have found to work well is taking 30g of Soy Protein Isolate along with 1/2 tbsp Olive Oil and 1/2 tbsp Flax Seed Oil before bed. The oils play a great role in slowing down the digestion of the protein, which is what you want while you sleep. Soy is dirt cheap, which is another plus to it. I currently use Twinlab Vege Fuel, which is sold here on the BB.com superstore!