Diabetes Mellitus is one of the silent diseases of this generation. According to the American Diabetes Association, there are over twenty three million individuals with diabetes, where over a hundred eighty thousand individuals would be aged below twenty years of age.

When a diabetic exercises, the blood glucose levels decrease because of the exertion performed. This would result in a lowered demand for insulin. This would provide long-term benefits as the lower blood glucose on the body would lower the overall effect and complications due to diabetes.

Many studies have shown that physical activity improves glycemic control. In one study, individuals who exercised for at least 45 minutes three to four times a week would decrease their HbgA1c levels by at least ten percent. Thus undertaking an exercise regimen of a triathlete would surely prove helpful to the overall health of a diabetic.

The triathlon is an exercise activity involving three separate activities, namely swimming, biking and then running. When a diabetic decides on doing the triathlon, then the training guidelines need to be modified. Aside from the actual physical training, diabetics, be they Type 1 or Type 2 diabetics, need to be prepared or take oral hypoglycemic medications and/or insulin to lower the risk of hypoglycemia when the exercise activity is undertaken. 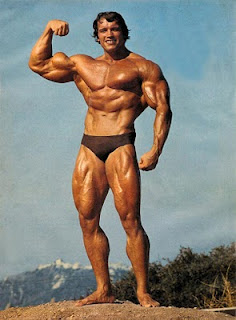 If the individual requires insulin as part of their diabetes management regimen, then one needs to be properly examined by a physician. Do ask advice as to the planned high intensity exercise regimen. When properly advised medically, do not become relaxed as complications may occur during training as a triathlete. The most common diabetic health concern is hypoglycemia, which can manifest itself as excessive sweating, increased hunger, painful headaches or even loss of consciousness. Do have your insulin medication at hand at all times and have individuals or training partners knowledgeable of your existing condition. If the problems occur, do be prepared even when exercising.

For a diabetic, the first hurdle to be crossed is the acceptance that even with the condition, an individual can still live a normal and healthy life. Living life includes undertaking one of the most difficult sports activities in the world, the triathlon. The training and the actual participation in three sports, namely biking, swimming and running is not easy even for the normal individual. A diabetic still can participate, with the proper knowledge, training and preparations. Even with medication, a diabetic can become a triathlete for the world to celebrate.