During the last few years, scientific research has uncovered the biggest part of protein’s role as a key stone of the muscle, as an efficient nutrient and in general as a component of life itself. It is common knowledge that protein is very significant for hard training individuals and for those who aim to build muscle. Protein is subdivided in different forms. Let us see three of the most known types and describe their use and characteristics: 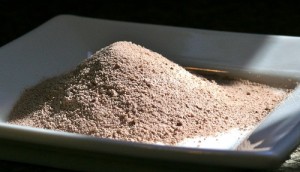 1) Whey Protein
Whey Protein is considered to be the king of protein. It is also referred as “golden” since it gets rapidly absorbed by the muscle cells and therefore, gives an instant grow kick if consumed directly after workout. However, Whey Protein is often being overestimated in relation to other protein types. The benefits of Whey Protein can only be evaluated in combination with a long-term protein. That is because muscle regeneration occurs during resting and in particular, night hours. The effects of Whey Protein are fast and important in the muscle build process during the first hours after workout. Over the next hours, other types of protein like Casein take over and support your muscle growth until the following workout.

2) Casein Protein
Like Whey protein Casein is also being extracted from cheese after a certain procedure. Although Casein is not as popular as its “cousin” Whey, the significance of Casein is equal and for some experts even higher. Casein protein must be consumed in a regular basis in dependably from your workout days. Casein is a so-called long-term protein meaning that its action over the muscle build process takes place for several hours after completing your workout. It’s biggest advantage is exactly the fact that it feeds the muscles, mostly during the time they are rebuilding, namely during night rest. Nevertheless, if in taken alone, Casein protein will not cover your protein needs 100%. The reason is that Casein protein is being slowly digested, so it is not much of a help directly after training while your blood concentration in the muscles is at its highest level.

3) Egg White Protein
Egg white protein is the cheapest, easiest to find protein type and also gives the muscle cells all they need to develop. Egg white protein can be outsourced from a protein powder or simply from eggs! Lots of devoted bodybuilders start their day by including to their breakfast 5-6 egg whites. Considering that every egg white contains an average of 5 grams protein you intake a 25 to 30 grams of pure protein just from five eggs. This is as much as a scoop of protein powder. Not bad at all. Be careful though! Only consume the egg whites in order to avoid cholesterol problems.

As a conclusion we might say that you should intake egg protein from your eggs in breakfast, quality Whey protein from your shake after workout and casein somewhere in the evening and combine it with protein from solid food like beef, chicken, turkey, fish, etc. This is the best way to ensure that you get all the benefits from different protein types.