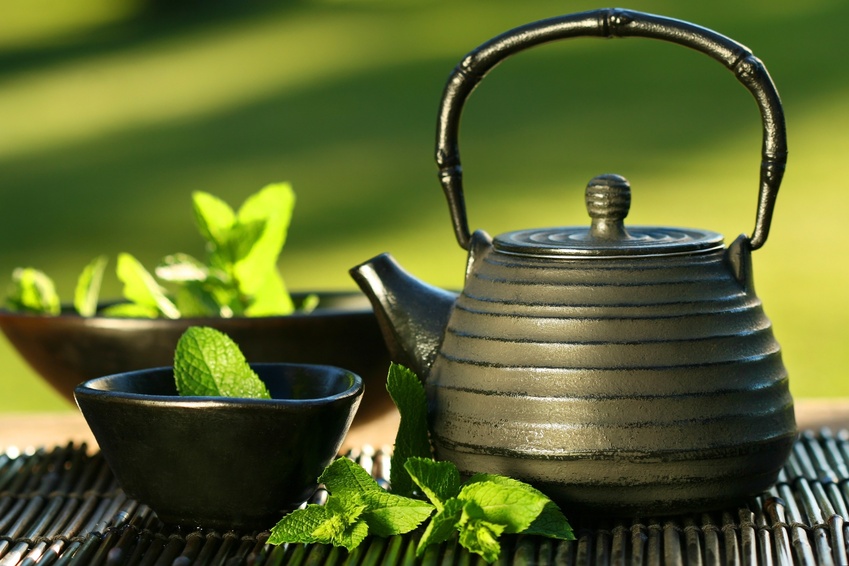 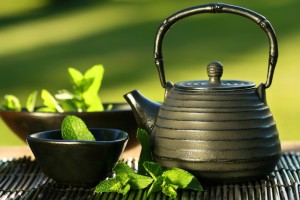 Unfortunately, aging, obesity, and general lack of fitness lead to lower levels of this master health and fitness hormone. However, you can reverse this downward trend without resorting to prescription medical treatments. A whole field of supplementation has sprung up for this purpose.

I have found that the key ingredients in most HGH-releasing supplements (secretagogues) are the same, although many supplement formulas include additional ingredients that serve more to drive up prices rather than to provide any real benefit to you. The most important ingredients are typically a short list of amino acids that include arginine, ornithine, lysine, and glutamine.

Recent research now shows that we can add green tea to that list.

Green tea is widely purported to be beneficial for weight loss and many other health benefits. The scientific basis for such claims is solid. However, you still have to be wary of what different products offer regarding actual clinical research results.

The key to watch for when evaluating any green tea product is how well it matches up with dosages that have been used in clinical research. My advice is that you use standardized extracts that list the content of EGCG (epigallocatechin gallate), which is the main active ingredient in this herb. This means that you can forget about fresh herbs or leaf powders, because you can never know how much EGCG they contain or how much you can actually absorb from the tough intact plant cells in such whole leaf products.

The nice surprise about green tea is that we now know that it can, given the proper dose of EGCG, boost growth hormone levels. Here is the science behind this surprise.

The main study that I want to call to your attention was published in 2009 in the Alternative Medicine Review (vol 14, no. 2, pp. 154-160). The scientists who conducted this study wanted to find out how effective a green tea product called GreenSelect Phytosome would be for treating obesity. They compared a treatment group who took the GreenSelect product and consumed a reduced-calorie diet (1,850 daily calories for men and 1,350 daily calories for women) with a control group who took a placebo and consumed the same reduced-calorie diet.

The main result, at the end of the 90 day study, was a weight loss of about 30 pounds in the treatment group and 11 pounds in the control group. These are pretty standard results for weight loss supplements and restricted-calorie diets.

Fortunately, the researchers also measured several other indicators of physical change, including changes in HGH levels. The treatment group showed an increase of 321 percent over the starting point, which is spectacular. Note that even the control group showed a 20 percent increase, which just goes to show you how important weight management is for hormone balance and overall health.

Keep in mind that growth hormone levels are pulsatory, meaning that they go up and down multiple times within a 24-hour period. Spikes in HGH concentrations can occur after meals, after workouts, and even during sleep. For that reason, a change in IGF-1 (insulin-like growth factor) levels, which are a steadier indicator of effective HGH function, are more reliable for judging hormone change.

The large spike of 321 percent boost in growth hormone level was accompanied by a 24 percent increase in IGF-1 in the treatment group. This contrasts with just under a 15 percent increase in the control group. The results for IGF-1 are truly something to get excited about, since they reflect a steadier change in hormone balance than do the results for growth hormone alone. Note that IGF-1 levels are also responsive to weight loss alone. The green tea extract just boosts IGF-1 to a significantly higher amount than does weight loss alone.

The results of the above study were based on the GreenSelect Phytosome formulation. The company that owns the patent on this product, and licenses it out to supplement manufacturers, has shown in earlier work that it is much more bioavailable than ordinary green tea extracts. Does that mean that you won’t get the same results with a non-GreenSelect product? The answer to that is unknown. It is likely that you could, indeed, simulate the above results by taking a higher dose of a ‘brand X’ type of supplement. That is just a guess on my part.

One more thing is to be patient with your expectations for this formula. The results that appeared in the research that I’ve cited here occurred at the end of a 90-day study. At 45 days the results were insignificant. Just don’t expect instant success with this stuff.