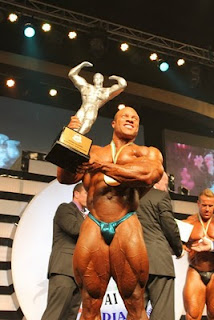 With one of the most incredible sets for a finals, and national news from India covering the event, the first IFBB pro contest in India was a success with a sold out audience in attendence. Here are the results.

Sheru Classic is hyped as the rematch of Phil Heath vs Jay Cutler who was dethroned as winner last year, but unfortunately it belongs to Phil Heath once again. Heath solidified his standing as the No. 1 bodybuilder in the world by defeating five of Mr. Olympia’s top six finishers.