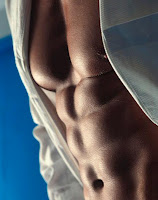 Through years, the sit-up has been commonly known as an effective abdominal workout. Thus, for somebody just getting into the game of abdominal workout, the sit-up is the reasonable selection. Though, fresh studies show that the sit-up movement is not only uneffective but puts an unhealthy level of tension on your spinal cord. The actual “six-pack” muscle, the rectus abdominis (extends the entire length of the abdomen) muscle gets little stimulus during the sit-up movement. Actually, it is the hip flexor muscles that get the most stimulation. Thus, if you wanted to definitely target the rectus abdominis, the sit-up would be a poor choice of an abdominal exercise. Furthermore, it would be a mistake to focus on any one exercise. A core exercise program should be one that includes all of the major muscles that support the spine, including but not focusing on the abs. Focusing on a specific muscle or a few specific muscles could lead to posture problems and awkward and unhealthy care of the spinal cord.

Second – Ab Workouts aid you lose inches off your belly

The idea that you can remove excess fat in a specific area – or spot reduce, by exercising the muscles in the proximity of the fat is a theory that has been disproven over and over again. Ab exercises tone and firm the muscles. Losing inches off your waist can not be accomplished by ab workouts only. The best way to lose inches off your waist is by creating a caloric deficit – burning more calories a day than you consume. A fitness routine that is most effective involves cardiovascular exercise, strength conditioning, and a healthy diet that promotes fat loss.

Abs belt devices use EMS (Electronic Muscle Stimulation) technology which sends electronic impulses to the muscles via electrodes placed on the skin. Although this technology has been shown to be effective for rehabilitative physical therapy, it has never been proven to be effective for weight loss or muscle toning. There is not a single independent clinical study that supports the claims of weight loss, muscle growth or muscle strengthening by the manufacturers’. The American Council for exercise conducted a study using an average in home model EMS, the Body Shapers International BM10112BI. A total of 17 subjects underwent electrical stimulation for 8 weeks. After eight weeks of EMS training, it was concluded that “subjects experienced no significant changes in weight, body-fat percentage, strength or overall appearance”. 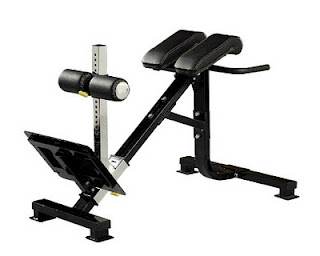 Let’s face it, the popularity of ab machines and ab devices have little to do with the real end result obtained, but as of slick advertising that overstates the benefits. Who can battle trying out the modern and best ab machine on the market shown in the commercial with claims such as: “Get ripped abs in a week!” or “lose 20 lbs. in 2 weeks!” or “best way to get ripped!” A “quick fix” key is becoming a much more attractive option than other “mundane” solutions such as “watching your diet”. The primary benefit of ab machines on the market today is to provide support for the back and neck. By taking the strain off the back and neck, you are able to target muscles such as the abdominal rectus and oblique’s more effectively. However, the most obvious limitation of ab workout equipment is they are designed for ab exercises performed only in one position. Let’s say, the ab roller and equally designed equipment are intended for exercises achieved lying flat on your back such as the conventional sit-up and crunch. However, vital to abdominal development is variety. The supreme effective way to fuel your muscles and promote growth is accomplished by changing up your ab workout routine by doing a variety of exercises that work your abdominal muscles at different angles. This is where ab machines fall short.