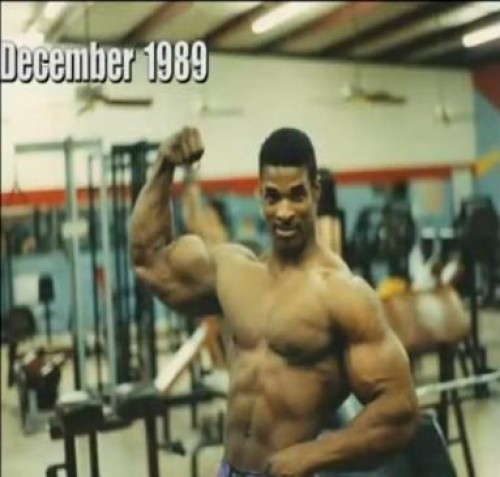 He started training for competition at age 25 (Metroflex Gym) but had weight trained for many years prior to that. 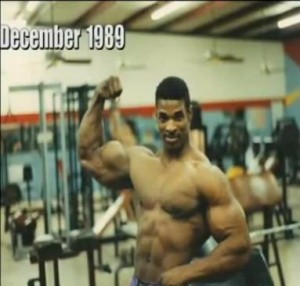 “Ronnie left Louisiana for Dallas, where he expected to find greater job opportunities in his chosen field. Instead, he was denied time after time in his quest, and delivered newspapers, and pizzas for Domino’s to make ends meet. “Domino’s was the hardest job I ever had,” he recalls. “I dreaded every day working there, but I knew I was destined for something better.” One day while skimming through the want ads in the newspaper, he saw that the police department in Arlington, a Dallas suburb, was hiring. The idea of better pay and job benefits appealed to Ronnie, and he joined the force. He had always lifted weights, and continued to do so in the police station weight room. In 1989, one of his fellow officers persuaded him to check out Metroflex Gym, which had been open just two years, but was already known as the best hardcore gym around, home to many competitive bodybuilders and powerlifters. “