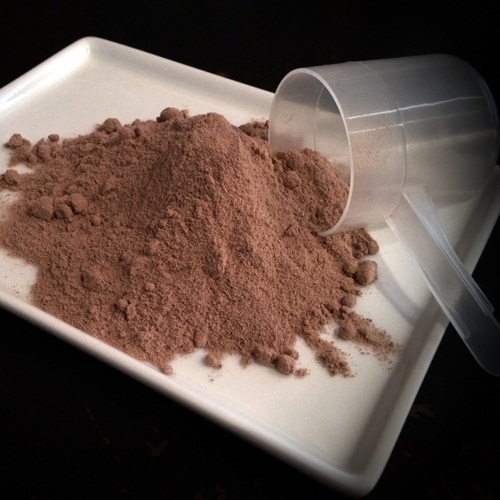 A midnight snack might not be such a bad idea. According to a new study, consuming protein right before bed could aid in muscle recovery [1]. (Morning burpees, anyone?)

Sixteen young men were put to the test: They worked out at 8 pm for slightly less than an hour, then immediately ate a meal filled with protein and carbs. Thirty minutes before their midnight bedtime, some participants consumed a beverage with casein protein (which we digest slower than many other forms of protein [2]). Scientists found that during the night, the protein from the beverage increased protein synthesis rates (protein synthesis helps repair muscles) by 22 percent, compared to rates in those who did not enjoy the protein drink.

Refueling with protein after exercise is vital to staying on top of our A-game, since muscle breakdown is likely to occur during workouts [3] [4]. But these findings might not apply to the general population. The experiment was small, and involved only men. (It’s worth noting that women naturally have higher rates of protein synthesis.) [5]. The study also looked at muscle recovery after evening exercise, so those who workout in the morning or midday may not need a protein-filled bedtime treat.

Muscle mass breaks down in men and women as they age, so it’s important to remain active and get enough protein as we get older [6]. But be careful: Overdoing it in the calorie department can lead to weight gain, no matter which food group the calories come from [7]. So if exercising at night, ditch dining with Outback Steakhouse in bed. Stick to a small protein beverage, or snack on some nuts or slices of lean deli meat before shutting off the lights. Those muscles will thank us in the morning.