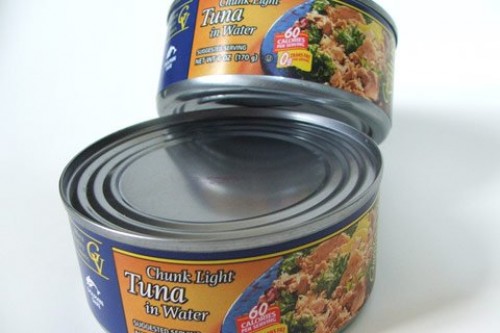 I’m sure we all know awesome nutritional value of tuna. One gram of fat, no carbs, and about 20 grams of protein per serving is what makes tuna a wise choice for bodybuilders, especially when dieting. But let’s face it, by itself, tuna doesn’t taste too pleasant. There are ways to get around this though and I’ve got a few recipes that will help without destroying the nutritional status of tuna. 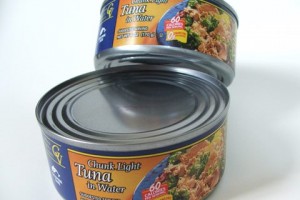 My first tip would be to buy Starkist’s tuna in the flavor flesh pouch. The reason for this is it is so much more convenient. You don’t have to get the can opener out or pry the top off and your hands won’t smell like tuna from draining the water.

This is very simple to make. Get out a pan. Spray with some no calorie non-stick spray. Dump the tuna in the pan. Sprinkle with some lemon pepper (You can buy this already premixed). Turn on the burner and let the tuna cook. Stir the tuna periodically. Once the tuna is either warm, cooked, or burnt, depending on how you like it, throw it on a plate and you’re ready to rock and roll. You could also throw this in some tupperware and eat it later. It still taste good cold. The only thing this adds to the nutritional value of tuna is a little sodium.

Also very simple to make. Get out a pan. Spray with some no calorie non-stick spray. Dump the tuna in the pan. Pour some Worcestershire sauce on the tuna then begin to cook. Cook to desired texture then eat. To add some more flavor, you can throw a slice of cheese on this. When the tuna is done cooking, turn the burner off, put the cheese on, cover the pan with a lid, and let the cheese melt on the tuna. Adding just the Worcestershire only adds about one gram of carbs to the nutritional total. The cheese, depending on what kind, adds about 5 grams of protein, 2 carbs, and 0-10 grams of fat.

Get out a pan. Spray with some no calorie non-stick spray. Dump the tuna and egg up a bowl. Stir them together. Once mixed together, pour in the pan and allow to cook. Once the egg is totally cook, add pepper and salt, if wanted, and eat. Adding cheese also tastes very good with this combo. The egg adds, 5 grams of fat, 8 grams of protein, and 1 carb.