World’s number one iconic American Professional Bodybuilder Jay Cutler, who is the most renowned and loved face of Bodybuilding sport worldwide, has lent his goodwill to lead Sheru Classic Professional Bodybuilding Brand as the brand ambassador to promote health and fitness across Asia and the rest of the world. Jay Cutler will be touring across various parts of India and Asia to push youngsters to embrace fitness and Bodybuilding as part of their lives as well as to improve overall fitness of the planet. 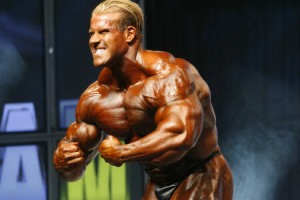 Come February 2013, Cutler shall be in India again to promote Sheru Asian Classic brand as the Brand Ambassador and will take fitness among Indian masses not just in metro cities but in Tier –2 and Tier-3 cities as well and he plans to visit India more often.

Jay Cutler has won four Mr. Olympia titles as well as three Arnold Classic titles. Cutler’s name got etched in the history of Bodybuilding after gaining a cult status worldwide with millions of fans vying for just one glimpse of this athlete. Commenting on this remarkable association Jay Cutler said, “Asia is turning into a hub of Fitness and with people becoming more health conscious; the fitness industry is now taking a fillip. During the last two editions of Sheru Classic Professional Championship, I was astonished to see such a huge turnout at the event not just in Mumbai but also during the Delhi edition. It showed how much people here are getting serious about fitness and are willing to take it up as a profession. Being a brand ambassador, it will be my duty to educate more and more people around the continent on the same.”

Interestingly, Sheru Classic Production is the brainchild of the second Professional Bodybuilder of Indian history Mr. Sheru Harmeet Aangrish under the guidance of his elder brother Mr. Hemant Aangrish. Since its inception in 2006, the company has been focusing on the Health, Fitness and Bodybuilding industry in India. Over the past six years, the company has created its own niche in the industry with a high profile clientele of industrialists and celebrities, including Hrithik Roshan, Arjun Kapoor and Jackky Bhagnani. Its prime focus remains on transforming the Bodybuilding industry and giving a whole new meaning to health and fitness in India. They also import international grade nutrition supplements to India but they are planning to come up with their own facilities to produce world-class supplements at home in future.

Talking about his organization’s new-found association with Fitness Star Jay Cutler, Sheru Aangrish exclaimed, “I feel that roping in Jay Cutler as the company ambassador was an ideal decision for improving fitness in India and Asia because people follow Jay’s instructions religiously. His support will help us in our endeavor of creating awareness about fitness and Bodybuilding in the Asian subcontinent.”

Jay’s commitment to improve fitness of the planet is undaunted and being the Brand Ambassador of Sheru Asian Classic, Asia’s first Professional Bodybuilding Brand, Jay Cutler shall be able to motivate Asians and Indians to be more fitness and health conscious thereby improving general health of the planet.