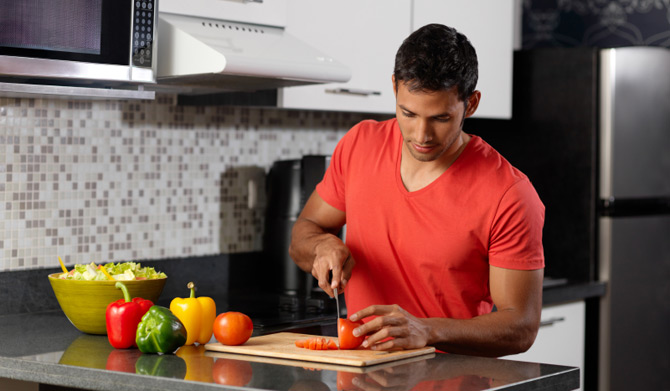 The Paleolithic diet has many names – caveman diet, Stone Age diet, paleo diet, and even hunter-gatherer diet. In fact, paleo diet is a modern nutritional plan based on ancient diet of wild plants and animals, which people consumed during the Paleolithic area. It consists mainly of fish, meat, eggs, vegetables, fruit, oils, roots, and nuts.

Paleo diet becomes very popular nowadays.  It seems to be a new idea for us, but in fact it’s just improved version of carb diet. The less carbs you eat, the less glucose you have in your system, so that your body will start burning fat as a fuel source.  It’s also good to eat vegetables, because no matter how many of them you eat, you will not get fat. They are nutrient dense and calorie light.

Fruit contains some sugar and nuts have few calories, so that you should be careful consuming them.

All the paleo diet foods are very nutritious and filling, and it’s almost impossible to overeat.

And it might sound ridiculous to eat like a hunter, but it really works. Just imagine. Thousands years ago people needed enough energy to survive in such conditions. They had to have a great physique and be strong. So, what we can see nowadays? 66% of us are overweight, 33% are considered obese, and these numbers are only getting worse. Stone Age hunters would kill us as elephants. People became lazy. We eat so much unhealthy food. We just became too spoilt with all these improvements and possibilities.

Paleo diet is so simple and healthy. You just come back to your roots, eat as our ancestors did and lose fat.