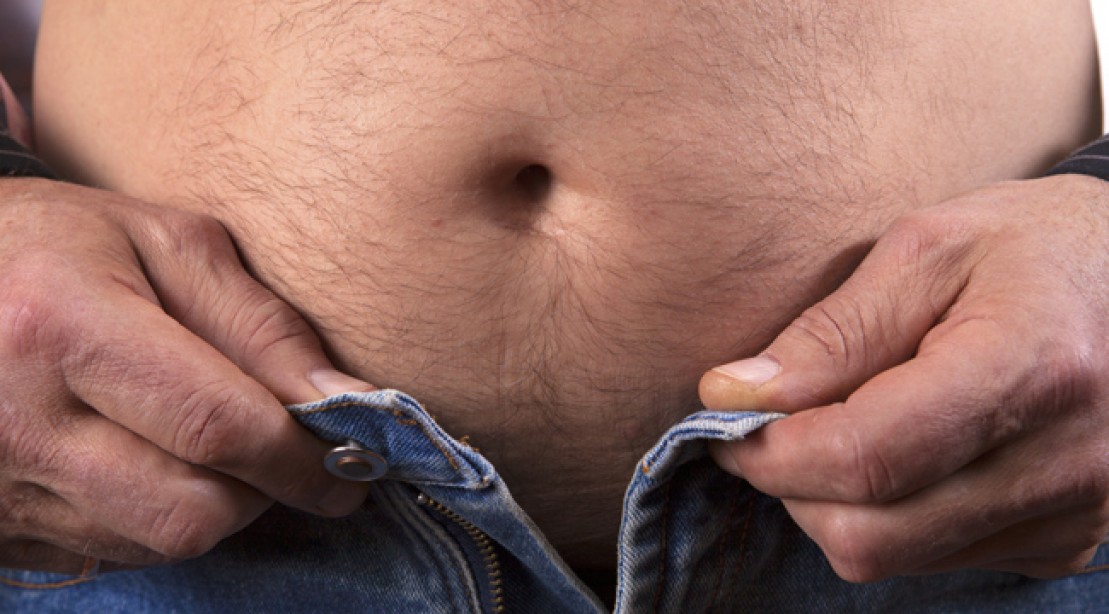 Get rid of these bad habits to lose weight and start seeing real results.

When your fat loss stalls, it feels like everything goes to hell. “Why isn’t this working?” you’ll ask. “What else can I do to lose weight?” Over time, you’ll get frustrated and discouraged because you’ll feel like you’re still training hard and eating right, but getting zero results.

It’s time to break the cycle and reignite your fat loss. Truth is, you’re closer to getting ripped than you think—all you need is to uncover the devastating mistakes you’re making that ruin your progress and the easy changes you can do to switch your body into a fat-burning furnace.

1. YOU STILL THINK CARDIO IS THE ANSWER

Traditional cardio sucks for fat loss: it doesn’t burn enough calories and the more cardio you do, the better your body becomes at it. Soon, you’ll actually burn less calories than before with the same amount of work.

Instead, do intervals. They burn more calories in the same amount of time, stimulate more fat loss, and create a huge metabolic effect that can increase your fat burn hours after your workout.

Cheating is fine, but you still need to cheat correctly. During a calorie deficit, your leptin level drops, which is a hormone that controls weight loss and defends against starvation. Low leptin not only makes it harder to lose weight, but can also lead tomore fat gain—to restore your leptin, you need an occasional high-carb meal.

But the key phrase is “high-carb,” not “high-fat.” Binging on carb-heavy, high-fat foods will send nutrients to the fat cells and ruin your progress.

3. YOU’RE NOT GETTING STRONGER

Stop neglecting heavy strength training while trying to lose fat. During a calorie deficit, your body tends to lose muscle—the best way to prevent that is to train hard and heavy. Adding more muscle also increases your basal metabolic rate, which boosts the number of calories you burn throughout the day.

When you workout, focus on building strength and size to combat any muscle loss by using lower reps (4 – 8) and higher weights.

Skimping on protein will slow your fat loss because your body actually burns more calories to digest protein than any another macronutrient. Protein also keeps you feeling full and maintains muscle mass while shedding body fat.

In a study from the Journal of Nutrition, researchers found that a high-protein diet also improved body composition, cholesterol markers, and insulin levels more than a diet of moderate protein, even while keeping calories the same. Make sure to eat at least 1g of protein per pound of bodyweight while dieting.

Mental and physical stress limits fat loss because it elevates your cortisol. High levels of cortisol interfere with testosterone and growth hormone production, which reduces muscle growth, leads to fat gain (especially around the waist) and even weakens bones.

Take time to relax and decompress from daily life with things like yoga, stretching, mediation and breathing exercises. Also, make sure to take at least one day of rest per week from any exercise to prevent overtraining, which also spikes cortisol.

6. YOU’RE NOT TRACKING WHAT YOU EAT

If you don’t track what you eat, you’re hurting your fat loss. Food journals reveal exactly what’s going into your body and what you need to change to improve things. It’ll also increase awareness to help you stay accountable and make better food choices. Researchers from the University of Pittsburgh found that “all of the 15 studies that focused on dietary self-monitoring found significant associations between self-monitoring and weight loss.”

If writing in a journal is too tedious, take pictures with your smartphone and start a photo journal.

Stop cutting fat; you need it. In 2007, Australian researchers found that combining aerobic exercise with fish oil (which is a fat)dropped much more body fat than exercise alone. French researchers also discovered that fish oil led to an extra two pounds of fat loss in just three weeks.

Get your fats from healthy sources like olive oils, animal fats, avocados, coconut oils and fish. Avoid trans fats and hydrogenated oils, which are not real fats, but man-made.

Almost half of all Americans drink too little water. Yet even the smallest amount of dehydration cripples your fat loss because your metabolism will slow down to conserve water.

Drink lots of water to keep your body functioning optimally—this can even help you burn more calories. A 2003 study from Germany found that drinking half a liter of water spiked metabolism by 30%.

Not all “healthy” foods are healthy—many use clever marketing tactics to get you to buy them. Things like “healthy” breakfast cereals can push as much sugar as a candy bar and some varieties of fruit juices have more calories and sugar than a can of soda.

Also, many low-calorie options are filled with artificial sweeteners and oils to give them flavor and a natural texture, which could lead to numerous health problems.

Avoiding all carbs hurts your physical performance and fat loss. For people who strength train several times a week (like you), you absolutely need carbs to provide the energy to perform your best, build mass and recover. Skipping carbs, however, will lead to flat workouts and missed muscle gains.

11. YOU’RE NOT DRINKING A POST-WORKOUT SHAKE

It seems counterintuitive to drink calories to burn calories, but protein shakes build more muscle mass, which increase the number of calories you burn per day. Post-Workout shakes can help you boost your calorie burn after a workout.

If you’re averse to the calories of a protein shake, use BCAAs instead. French researchers found that BCAAs helped elite athletes shed more fat and maintain high performance while on a diet.