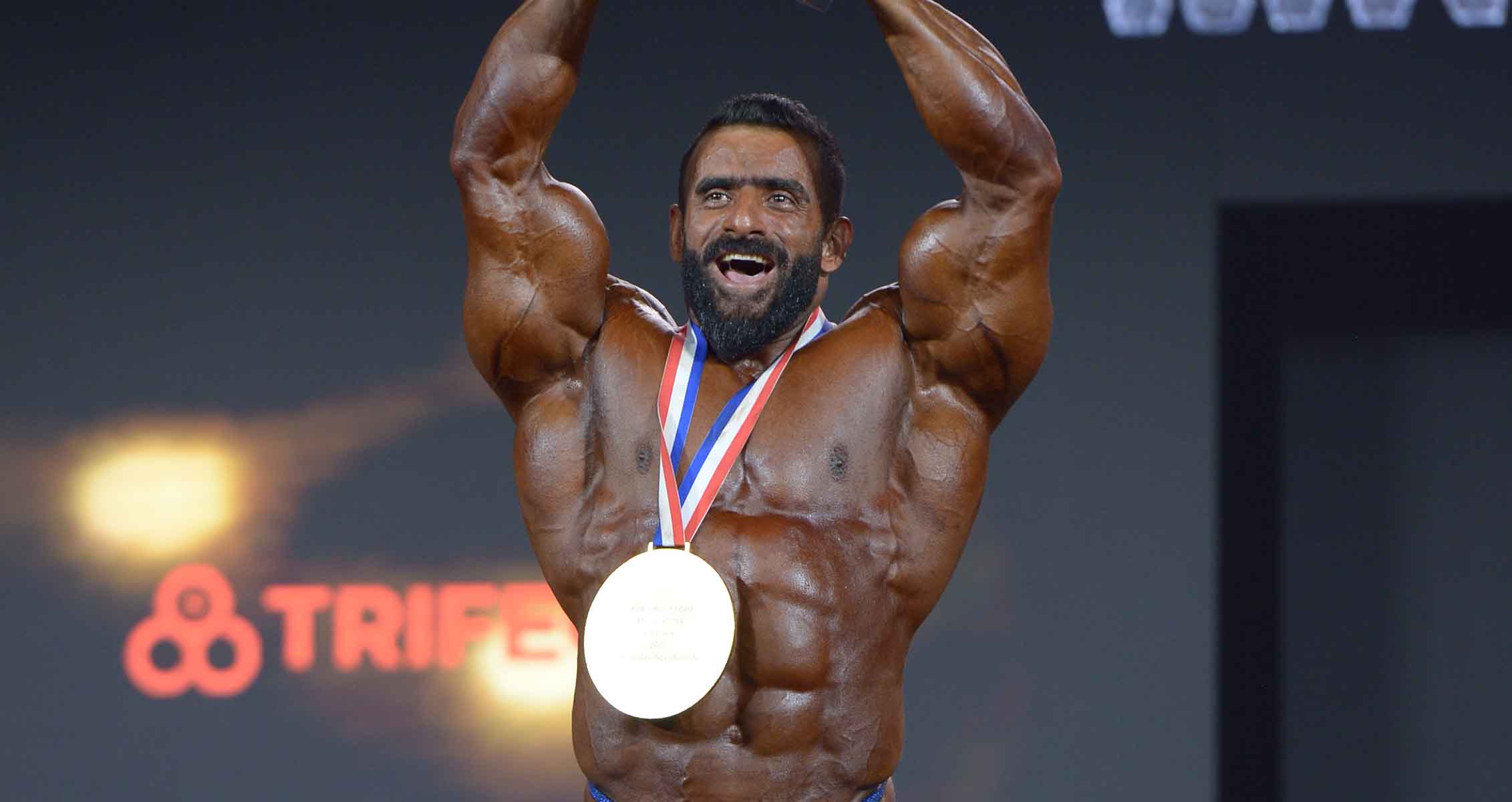 On Saturday, the Olympia in Las Vegas, Nevada was packed with bodybuilding fans for the most important night of the year. The Zappos Theater provided an unforgettable experience for all those present. A notable transformation occurred across several categories as three out of four championships changed hands- a rare occurrence in bodybuilding. Here is an overview of the events that took place that evening.

Hadi Choopan won the 2022 Mr. Olympia after an impressive show by all the leading contenders of the Men’s Open category in Las Vegas, NV. This victory marked Choopan’s first-ever Mr. Olympia title, though he had been close to this accomplishment for several years prior, placing in the top four in each of the preceding three years. On December 17th, 2022, Choopan finally ascended to the highest level of bodybuilding greatness and was rewarded with a place on top of the Olympia podium.

These are the five highest ranking athletes in the Men’s Open class at the 2022 Mr. Olympia and how much money each was awarded:

Choopan’s triumph not only grants him his initial Mr. Olympia title, it also supplants the previous two-time victor Mamdouh “Big Ramy” Elssbiay, who finished fifth. In his Men’s Open first appearance, Derek Lunsford had the honor of being runner-up to Choopan’s Olympia championship.

A New Champion Has Been Crowned in The Men’s Physique Division.

he Men’s Physique competition had a record number of participants with 68 men. The last two competitors were reigning three-time champion Brandon Hendrickson and Erin Banks, who emerged victorious to the astonishment of the audience. This is the fifth title since the contest inception in 2013 and Banks is the new titleholder.

Chris Bumstead emerged as the only victor who managed to retain his title on the evening. He overcame a hard-fought battle from Ramon Rocha Querioz, and won his fourth championship. He promised in his success speech that he would attempt to win at least five more championships if possible. Speculation had been rife that Bumstead was contemplating retirement, but he emphatically denied it during his acceptance speech.

Other highlights of the evening included Criss Angel’s announcement of a charity in honor of his son. Jake Wood, proprietor of Olympia, and IFBB Pro League President Jim Manion each made contributions of $25,000 to the cause. In addition, Harold Kelley, the Wheelchair Olympia victor who clinched his fifth championship Saturday afternoon, was presented to the audience in recognition of his triumph earlier that day.