Eight hours and one minute: That’s the world record for longest-held plank! But you don’t have to be a planking superstar (thank goodness!) to get the full-body strengthening benefits that planks provide. And more than just chiselled abs, strengthening your core with planks will help prevent back injuries and help maintain a healthy posture.

Planks are also easy to learn, and you can do them at home, in your office or whilst travelling, so there’s no excuse to avoid them! If you’re getting bored with the standard plank, however, here are nine other variations to help break up the monotony. 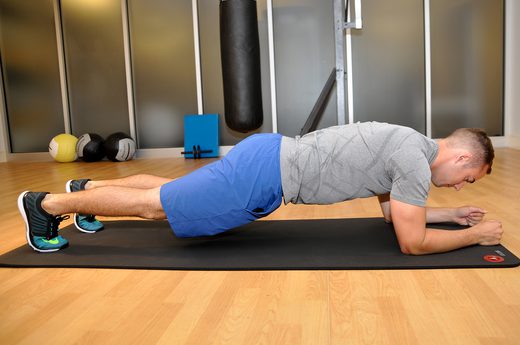 If you’re new to planks (or just haven’t done them in a while), chances are you’ll start to shake when you get tired. But don’t let that intimidate you! Keep holding until you can’t hold your hips up anymore. When they start to drop, stop. Do three sets, holding as long as you can each time. When you can hold it for more than one minute, it’s time to move on to something more difficult.

Mix up the standard plank to make things more difficult. This version requires more core stabilisation because you’ll be moving your arms. Once you can do at least 10 reps with each arm, move on to a more advanced variation.

Unlike the reaching plank, with this variation you’re trying to balance on one arm and one leg for as long as possible. This is a very challenging exercise, because you’ll need lots of balance and strong arms and legs to hold yourself up.

Incorporate your upper body with this variation. Bonus: This version can help you learn how to do a proper push-up.

The real challenge of this variation comes from holding yourself in a plank using only one arm.

For this exercise you’re basically going to perform a sliding plank, so you’ll need something to put under your feet. You can use hand towels on a hardwood floor or buy sliding discs to use on carpet. The key to this exercise is to keep your hips in the same position while you pull yourself up; don’t let them drop! 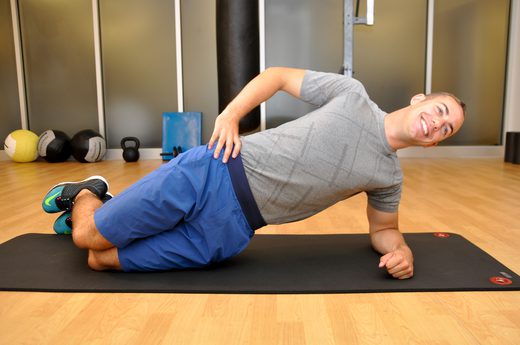 Now it’s time to target your obliques with a side plank. Start off with this beginner variation to build up your strength before progressing to the full version. 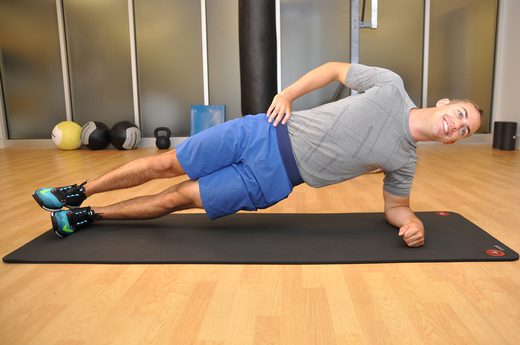 Once you’ve mastered the beginner side plank, progress to this full version. You’ll feel the burn all down the side of your abdomen. 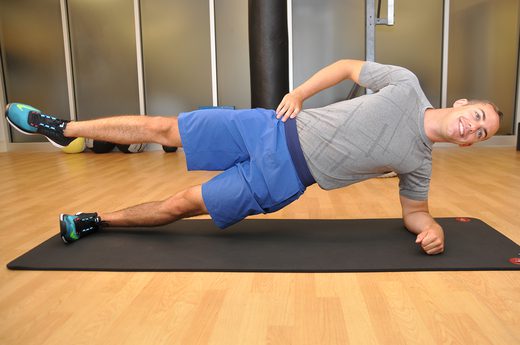 This version of the side plank strengthens your hips and the rest of your core, which will help prevent back injuries and make your side-to-side movements stronger.

If you’re having trouble with this advanced side plank variation, try doing it with your back to the wall. If you feel your butt rubbing the wall, it means your hips need to come forward.

Think you’ve got what it takes to combine standard planks with side planks? Then try out this variation that switches between the two. Both your rectus abdominis (six-pack muscles) and obliques will be feeling this one.