Skip to content
Sheru Classic Expo Day One Photos The Sheru sports festival will be the largest Bodybuilding show in India 24th and 25th of September 2011 Tickets 1. Rs.5000. Only sell 100 tickets This include ticket for main event 2. Rs.9000. Only sell 100 tickets main event, 2 days expo, Dinner with stars after event. 3. VIP package Rs.25000 only sell 100 tickets ( 2 days expo entry on 24-25, Press pass for 23, Sheru classic main event ticket in front with celebrities, pictures with stars, Autographs with stars, dinner with stars after event, after party with stars in night club, sheru classic t-shirt, Sheru classic Bandana, pass for photo shoot on 26th with stars) 4.»
Mr. Olympia is the title awarded to the winner of the professional men’s bodybuilding contest at Joe Weider’s Olympia Weekend – an international bodybuilding competition that is held annually by the International Federation of BodyBuilding & Fitness (IFBB) Winning is considered to be the highest accolade in the sport of professional bodybuilding. The 2011 Olympia Weekend will be held September 15-18, 2011 in Las Vegas, Nevada at the Orleans Arena and Las Vegas Convention Center.»
Any bodybuilder, weightlifter, or athlete can tell you the importance of protein. Protein is an excellent source of natural energy and can be present in all kinds of foods. One of the more popular ways that athletes can take in protein these days are through protein shakes. These shakes are beneficial because they can made simple and are absorbed by the body faster than food. Here are a number of the benefits of taking protein shakes.» 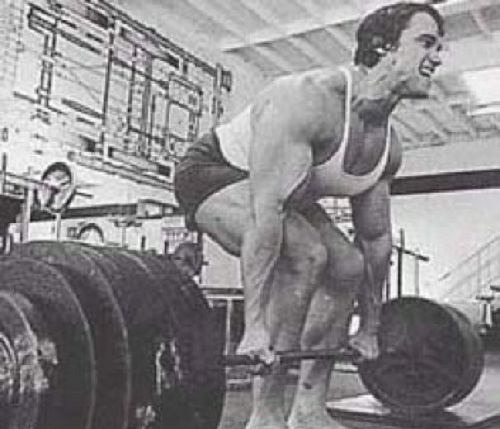 Having a powerful back will get you a greater amount of bodybuilding titles than any other muscle group. Take a glance at the names of former Mr. Olympia champions. Dorian Yates used his unusually massive & thick back to beat out bodybuilders who had much better chest & arms. Ronnie Coleman also found this handy. They had a wider back than somebody else, & they used his back to out shine the other competitors & win the Mr.»